I love Halloween.  It's one of those rare times when you just get to have fun; dressing up and getting candy on a school night, walking around the neighborhood with friends, shuffling through the leaves giddy on sugar and a little chilly on a fall night - all good.

When I was a kid, my mom made us the most incredible costumes by hand.  I was three in this picture and still have the clown suit in my kids' dress up bin, along with a bunny and a crayon box constructed out of felt. 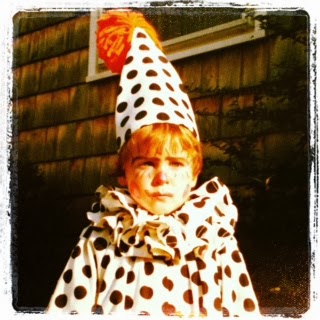 In college, Halloween was a BIG deal.  Boulder put on the Mall Crawl, and thousands of people (kids and grown ups) dressed up and paraded from one end of Pearl Street to the other.  I remember one year, my brother (who also went to college with me) went as Merlin - Even at 21, he made his costume himself out of purple taffeta and silver foil.  It was the most magical night of the year.

Now, as a parent, I am not as crafty as I used to be.  I am only capable of semi-homemade.  Here is a picture of my daughter last year as a witch - we bought the dress, wig and the hat, but made the cape from scratch complete with pom pom fringe and iron-on spiders. 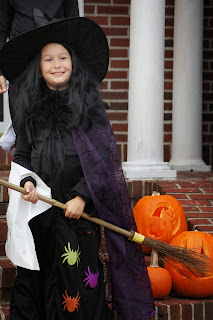 This year I was asked to join The Daily Basic's Pinterest group Halloween Decorating. The ideas that people pinned were so much fun, and I loved how many people pitched in!  Here is one of mine - hands down the best semi-homemade idea for Halloween thus far.  It's been repinned over 440 times! Happy Halloween!!
Posted by elizabethhomedecor at 9:24 AM 5 comments:

Yesterday I had the pleasure of seeing one of my projects featured in the Boston Globe Magazine entitled Wellesley Preppy.  This new construction carriage-style house is bright and fresh and a great example of why I am always preaching about "cohesive" design.  With a view to the back of the house from the front door, and a long hallway in between, it was important that the overall palette of the space be fluent throughout, and that the colors that greeted you when you stepped across the threshold drew you down the corridor into the beautiful kitchen and family room waiting for you at the other end.

When I was hired by the client, the walls throughout the space were already painted a very neutral flax, with the exception of the powder room's pink and green toile wallpaper and the dining room which was dressed in Benjamin Moore's Van Deusen Blue (HC156).  After learning that my client's favorite colors were classic navy and Kelly green, we decided to go preppy and infused saturated hues of pink, green and blue with new upholstery, draperies, artwork and accessories.  The warm wood tones found in the flooring and the library complemented the scheme and extended the invitation to come in and get cozy.  Lilly Pulitzer, Brunschwig & Fils, and Schumacher fabrics showed sophistication in their colorways but kept the space playful and family friendly.

Here is a tour from front to back... 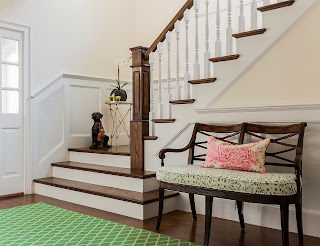 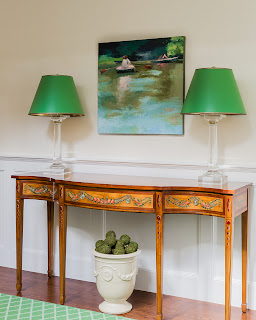 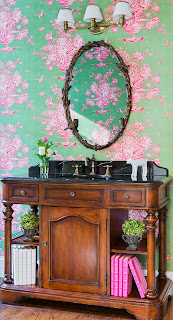 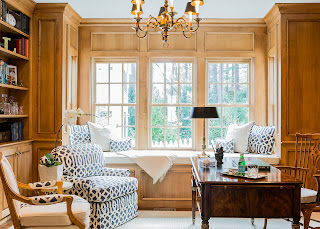 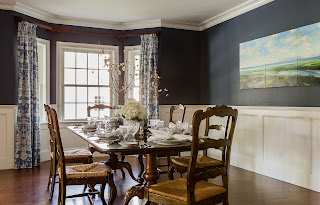 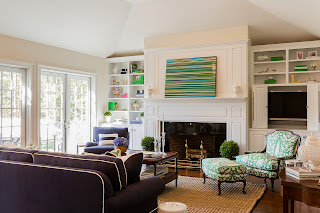 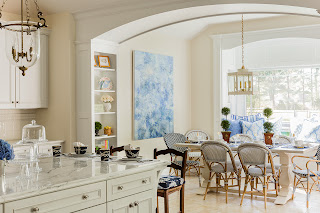 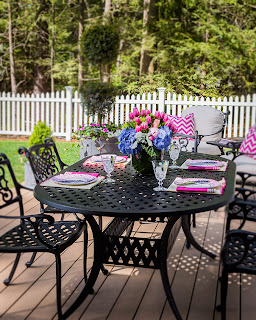 Posted by elizabethhomedecor at 9:44 AM 12 comments:

It's fall!  And my house is finished!  And I have a great book of clients!  And all the experts are saying that they are looking for a "return to pretty"!  Yay!!

Good thing that I have lots of "pretty" up my sleeve.... 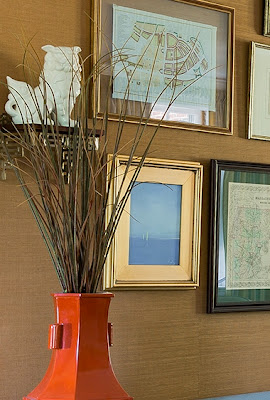 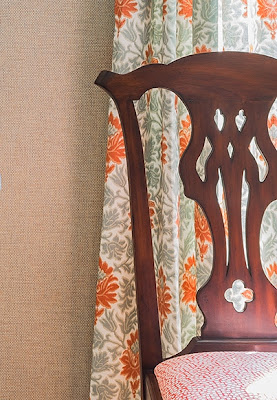 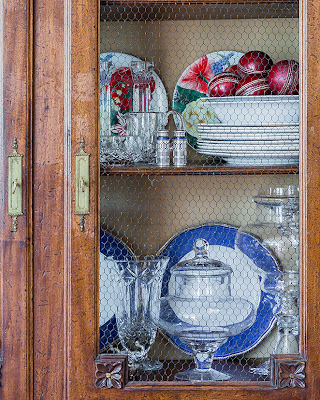 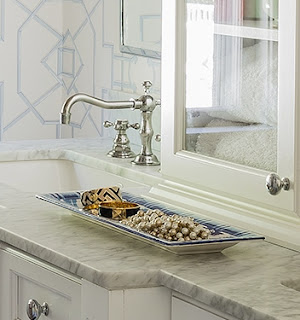 
Posted by elizabethhomedecor at 6:24 PM 4 comments: